In 1855 Dr. Pliny Cutter built a three story gothic revival mansion on a site just north of where the Italian garden house (also known as the Teahouse) now stands. Cuter also built two large barns and a carriage house that still serve as office and garage for the park's caretakers. In 1859 Cutter sold Wildwood to Mrs. Milbank Rogers who one year later sold the property to the Watson family, whose stewardship from 1860 to 1909 visited many changes on the park.

A southern slave owner whose fortunes changed dramatically after the war, Henry Watson made Wildwood the permanent home for himself and his wife and six children. They set about improving Wildwood, planting fruit trees and vegetables, preserving trees, and planting gardens. When Watson died in 1891, four of the Watson children remained at Wildwood, which had become the social and cultural center of Northampton with literary evenings, receptions, and dances. When the four Watsons sold Wildwood in 1909 to two local developers, it remained empty for several years and fell into disrepair. But on October 8, 1915, Charles Childs, vice president of an Easthampton textile company, and his wife Annie purchased the first 20 acres of Wildwood, and within three years they had purchased the entire 40 acres.

For the next 32 years, the Childses indulged their love of horticulture and developed the park extensively. Charles Childs died in 1932, and when her will was read at Annie Childs' death in 1950 it was discovered that the park would remain a private park under the management of a charitable corporation to be known as the Childs Park Foundation Inc., but that it would continue to be open to public use. 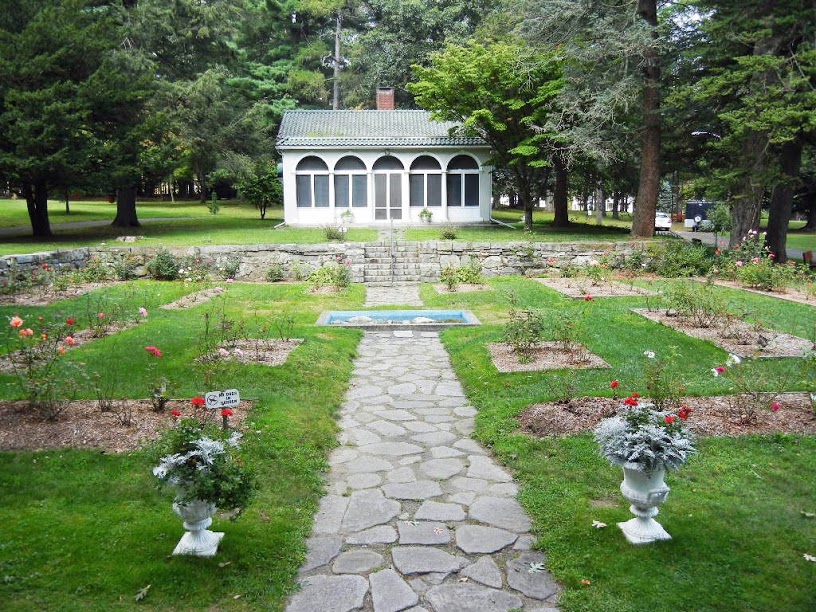 Open seasonally May 1st to October 31st
Park Hours for Vehicles: Weekdays 7am to 5pm. Weekends 9am to 5pm.
All out by dusk.